The Saints Go Marching In... to Miami that is!

"I can guarantee it's gonna be bad. And you'll take a lot of flack. And you might not make it back alive."

Okay- this does not sound like a pitch I want to get from my squadron leader BEFORE I take off in a rickety old WWII airplane, that may, or may not, have all it's gadgets working properly.

Of course this was a line from an old movie that I was watching/using as white noise.
And of course the pilot and gunners and all the other 6 guys that were needed to keep the plane in the air were all like "No problem Sir" And "We'll get there and it'll be a blast" or something pretty close to that .

I seriously doubt that is how those guys really talked.
In reality they were more likely saying "WTF! This bucket of rust will be lucky to make it off the airstrip!" and "Those damn japs are friggin crazy! Whose idea was it to go looking for them?"

But I guess those lines wouldn't be very inspiring for the audience and then no one would have run out to buy War Bonds and then the economy would have crashed...

Like now. And that's the problem. Those censorship people fell asleep at the wheel and have been letting movies use too many un-inspiring lines.

a-aaaww, is it bad that I slightly like the WWII movies? though I am pretty sure that this is not really the point of this post:))

check out my iphone/ipad app that teaches how to play this song on the piano …
Its all for a good cause!
http://www.youtube.com/watch?v=H1ttgKUc98Y&feature=related
www.appsforhunger.com 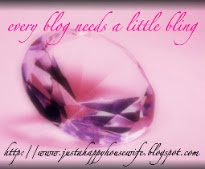